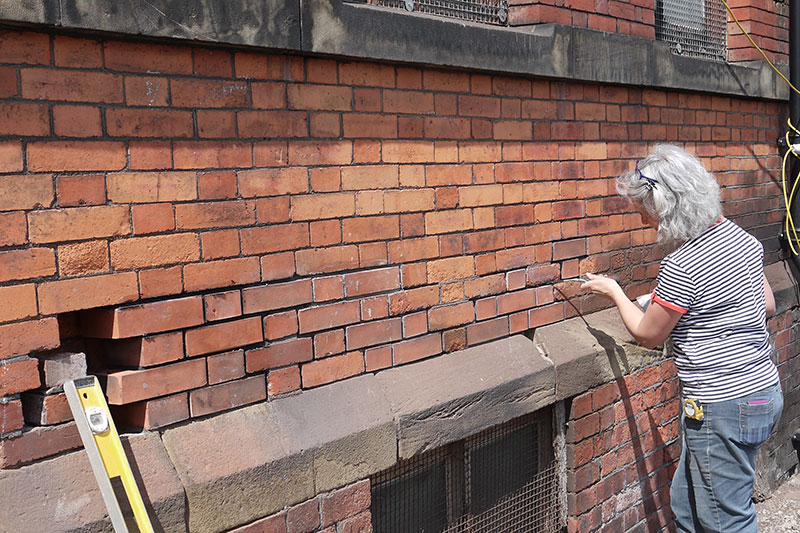 Restoration of the badly damaged brickwork on the Randall Street elevation at Portland Works is now well under way. This project, mostly funded by the Freshgate Foundation, is transforming the appearance of the main frontage of the works.

The gutter on this part of the building had been shedding water on to the brickwork below for many years until it was replaced in 2016, paid for by Friends of PW. Meanwhile water and frost had caused serious damage.

Special bricks have been made to the original, non-standard size and as near as possible a matching colour by a Yorkshire brickmaker, and a Sheffield-based bricklayer who specialises in heritage restoration work has been working on site through the summer. She has now finished the first stage of the project.

Freshgate Foundation has generously given £3000 towards this important and very visible project. Friends have been able to add a further £1000, thanks to donations and other income we have received from our supporters. Our thanks to you all.