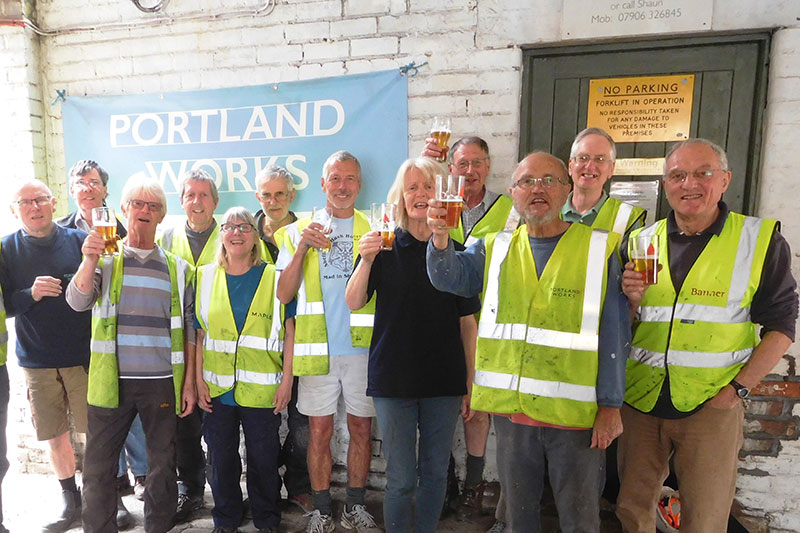 A big thank-you to the Neepsend Brew Company for sponsoring our Anniversary Ale to mark 140 years since Portland Works opened in 1879.

Gavin Martin, the head brewer, produced and sold 39 nine-gallon casks of 4.5 per cent pale ale that everyone who tasted said was delicious.

It was on tap in a large number of pubs in Sheffield and the surrounding areas, accompanied by specially designed beer mats donated by ourselves.

Gavin generously donated £300 to our renovation fund – 10p for every pint sold.

Established in 2015, the Neepsend Brewery produces a variety of beers in cask and eco-keg alongside its core ale – Neepsend Blonde. They are on tap at many pubs in South Yorkshire and elsewhere.